“It is scary, but then I just do it anyway” – A program to guide childcare professionals in promoting risky outdoor play 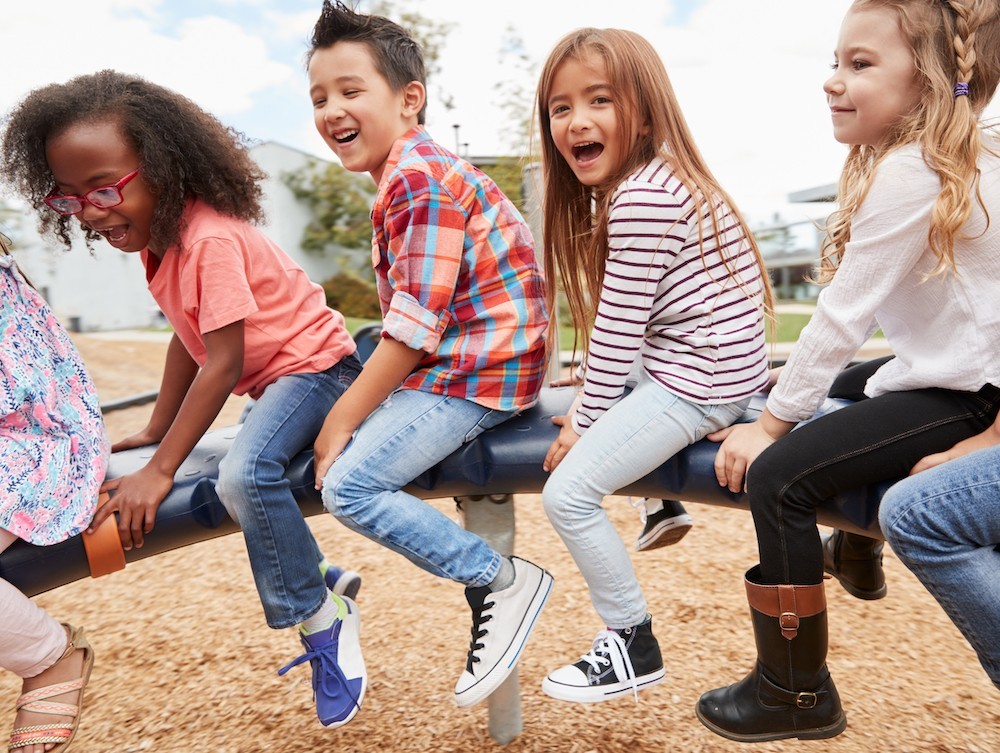 “It is scary, but then I just do it anyway” – A program to guide childcare professionals in promoting risky outdoor play

Thank you to Martin van Rooijen, MEd, PhD-candidate (University of Humanistic Studies, the Netherlands) for providing this post and photo.

Day care and after-school care programs can be fun places for children to play with others, be rowdy, and generally exhaust themselves before their parents pick them up after a long day of work.

Though play is encouraged at these types of programs, concerns over safety often means that the type of play kids are allowed to engage in is highly regulated. The problem is that these regulations may in fact be detrimental to child development.

New evidence on ‘risky play’ – play that has an element of risk, such as climbing trees or riding a bike really fast – shows that engaging in this type of behaviour has a number of developmental benefits including enhancing resilience, self-confidence, and risk management.

Given the evidence, childcare professionals are now encouraged to provide a play environment that is both safe and challenging. Achieving this balance, however, is no easy feat. Moreover, professionals interested in promoting safe but risky play are often faced with resistance from both organizational bodies as well as parents.

We therefore developed a professionalization program to introduce the benefits of risky play to childcare professionals, help them facilitate risky play in after-school childcare, and provide them with the tools to deal with barriers in implementing risky play.

Children’s risk-taking was facilitated by the introduction of ‘loose parts’: stuff and materials that children can move, adjust and manipulate by themselves. For instance, the introduction of crates and ladders provided children the opportunity to play at heights, buggies and office chairs allowed children to play at faster speeds, and cable reels and tree trunks inspired children to test their balance. We then studied the difficulties these professionals reported in promoting risky play, and what they learned about tackling these difficulties.

Sixty-two professionals (48 female, 14 male) across seven after-school childcare programs in the Netherlands participated in the professionalization program. The program was conducted over three sessions and focused on knowledge and supervision of, as well as attitudes towards risky play.

We found that the program contributed to childcare professionals having more positive attitudes towards risky play. However, these professionals also experienced dilemmas about ‘when to let go and when to intervene’.

By promoting discussion between colleagues on different attitudes towards risky play, the program effectively increased collaboration among professionals and enhanced their awareness of the diversity of children’s needs in engaging in risky play.

Therefore, by implementing professionalization programs focused on facilitating risky play, such programs can boost the confidence of childcare professionals in navigating the seemingly contradictory ideas of ‘safe and risky’ to ultimately improve children’s experiences and promote healthy development.

The full article can be accessed here.

Martin van Rooijen completed his Master’s in (Ecological) Pedagogy (Educational Theory) cum laude on ‘Parents and risky play’ at the University of Applied Sciences in Utrecht in 2013. He is currently a PhD candidate at the University of Humanistic Studies in Utrecht in the Netherlands, and his primary research focus is on risk in play and the resilience of children in outdoor environments, as well as normative professionalism of pedagogues with children in their care. Martin set up two adventure playgrounds in the city of Utrecht and was the coordinator of the playwork team from 2006 until 2012. He is involved in Dutch networks on nature play and children’s play rights, and is a member of the Dutch Korczak Foundation. He is appointed to the board of the International Journal of Playwork Practice, member of the Dutch branch of the IPA (International Play Association), member of the Special Interest Group Outdoor Play & Learning of the EECERA (European Early Childhood & Education Research Association) and has built up an international network towards the subject of ‘risky play’.